Posted on January 11, 2022
by Participation Factory

Massive infrastructure and construction projects are fundamentally affecting the face of cities and are gaining importance as the global infrastructure grows. However, what needs to be addressed is, above all, their direct impact on local communities and the related critical question, to what extent can ordinary citizens be involved in the planning and decision-making process?

Probably one of the most discussed mega-projects in the UK is High Speed ​​Two (HS2), a new 530 km long high-speed rail that is set to become the backbone of the UK transport network. Its aim is to connect cities from the south to the north of the island, thus easing existing busy routes, while reducing the congested capacity of some lines and increasing the reliability of the railways for the benefit of millions of passengers.

In addition to meeting the demand for increased rail capacity across the UK, the construction of HS2, whose estimated cost now exceeds £ 100 billion, will fundamentally affect the lives of thousands of people along the planned line. How can a billion-dollar mega-project provide space for the input of ordinary citizens who live near it?

With projects as large-scale as HS2, it might seem that participatory planning may only concern primary stakeholders such as institutions, local authorities or other key entities involved. However, involving ordinary people in the whole process is equally desirable. Planning and construction will primarily affect the lives of local citizens, so it is essential to treat the affected communities with consideration and respect, while offering various forms of monetary and non-monetary compensation.

In the case of HS2, implementers commit to involving local citizens in decision-making processes within their Community Engagement Strategy, a binding document that focuses on four key aspects – information, involvement, response and consultation.

An entire newly established project team is responsible for managing participation. The team focuses on increasing the engagement of residents by holding regular community meetings, local events and workshops.

Local citizens can share their suggestions and problems and thus have the opportunity to influence the final form of the project. They discuss, for example, key elements of the railway, such as stations, vents, viaducts or advertising spaces. A range of digital and traditional tools, including a 24/7 toll-free infoline, also provide relevant and timely information to HS2.

The commitment to invite the public into the decision-making process is a sign of transparency and responsibility that makes a mega-project such as HS2 more accessible to the ordinary citizen.

Well-conducted participatory processes can help improve the overall performance of the project and can capture and eliminate any wrong steps taken in the planning phase. At the same time, they help reduce the risk of conflict.

Posted on October 25, 2022
by Participation Factory 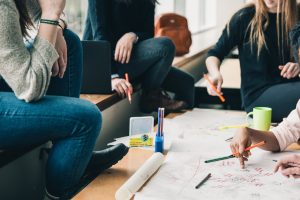 Participatory school budgeting allows primary and secondary school students to participate in deciding part of their school’s budget. The popularity of participatory budgeting is growing, not only in this country but also abroad. What are the differences in the functioning of school PB within the Visegrad Four countries? We asked local experts.  By involving students

Posted on November 8, 2022
by Participation Factory 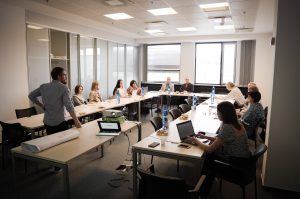 (foto credits: MIRRI)   The UN 2030 Agenda is addressed in the context of individual countries by various strategic documents. In the case of Slovakia, it is the document Vision and Strategy for the Development of Slovakia until 2030. Its creation was preceded by a several-month participatory process in 2018. It resulted in identification of