Posted on May 5, 2022
by Participation Factory 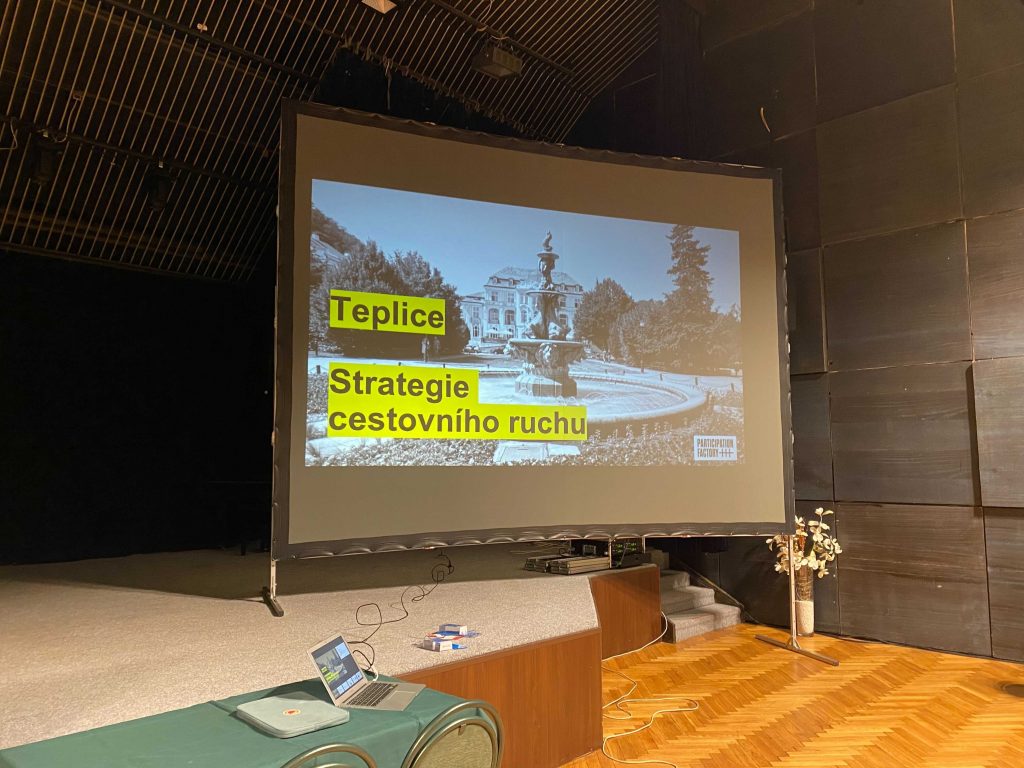 Tourism creates plenty of jobs. It provides a significant part of the city’s and local entrepreneurs’ income. It affects the inhabitants of the city as well as local businesses and cultural heritage. This is just an illustration of why a long-term debate with all the groups concerned is important. Participation is thus an indispensable part of urban planning for tourism.

But the question is: How to effectively involve important actors in city planning for tourism? Here we show it to you on the example of Teplice.

The beautiful landscape of the Ore Mountains and the Bohemian Central Mountains surround the city of Teplice. The oldest Czech spas as well as several well-preserved churches are located there. Despite historical disasters of fire and flooding of the Döllinger shaft, the spa complex is still functional and gradually renovated. Another landmark of Teplice is the 16th-century chateau built on the remains of an older Romanesque monastery.

Despite the background and opportunities available to the city, there are still few tourists both Czech and foreign. Teplice offers its visitors many ways of experiencing local life – visiting the reconstructed Ore Mountains Theater, sitting in local cafes, staying active in sports fields, relaxing in the spa, and much more. However, it couldn’t attract recent visitors. The city management realized that the communication and cooperation with local stakeholders are not at its best level and decided to start from the very beginning.

At this moment, Participation Factory joins the process to help define tourism priorities and to start a long-term communication between the city management and relevant stakeholders.

We have identified two fundamental goals: to create a new strategy for tourism and to start active cooperation with key actors in the city.

The first goal is absolutely clear and tangible. Our role is to gather as much relevant input as possible from key actors and then prioritize the suggestions. So that the city can develop a tourism strategy for the coming years. The strategy will be a systematic framework that defines the direction in which the city takes concrete steps to improve the state of tourism in Teplice.

The second goal is a longer-term challenge. We need to turn key actors into city partners. Creating a tourism strategy showed the necessity of participatory planning. The city and local stakeholders have the same goal – to attract tourists to the city. For tourism to blossom and the city’s actions to be systematic, the strategy must emerge from a joint dialogue between the city and key actors.

However, we must avoid a participatory project turning into a mere PR exercise. We do not just want to create a semblance of cooperation. We have to start from the basics and get all relevant data for the creation of a tourism strategy.

So, we gathered over 90 contacts and used a combination of personal and online meetings to create a space for all actors who are interested in working with the city.

To involve actors who, for various reasons, cannot take part in discussions, we used a questionnaire as a tool for data collection. We will evaluate it independently, and the results is the basis for personal meetings.

This way, we are moving Teplice towards openness to its citizens and key players. We took the first step towards their active involvement and started a discussion.

Are you more interested in participatory planning now? Do you already have a specific experience and would like to discuss it with us? Contact us at info@participationfactory.com

Posted on July 12, 2022
by Participation Factory

WUF WUF!  If you were in the Polish city of Katowice the last week of June, you could have heard that all over the city. Yet, maybe surprisingly, the noise was not coming from our four-legged friends but from thousands of urban practitioners coming from around the globe to discuss how to transform our cities

Posted on February 8, 2022
by Participation Factory

Coordinators of Participatory Planning is a program that aims to enshrine participation in district offices as a standard approach. We cooperate on the program together with the Prague Institute of Planning and Development since 2020. Karel Světlík is one of 10 participation coordinators from 12 city districts that have participated in the city-wide pilot program.