Posted on January 4, 2022
by Participation Factory

The Bollate prison in Milan, Italy is interesting for several reasons. It’s an open-cell prison, where the inmates aren’t locked inside their cells. Aside from that, it’s also the only prison in the world that has undertaken participatory budgeting to date.

Between February 2019 and September 2020, BiPart organisation successfully finished a project called “Ideas on the Run” (Idee in Fuga) there. It was a participatory budget (PB), but its whole process, of course, was adjusted to function in this unique environment.

A part of the adjustment was an option for the participants to educate themselves. They acquired and trained active citizen skills and took part in a meaningful democratic deliberative and decision-making process. During the project, the inmates met as well as discussed and developed their ideas and proposals.

Then the inmates prioritised their proposals and then worked further on creating their feasible version. In order to achieve this end, inmates took part in 18 meetings both in the male and female wards as well as in 2 inet-ward meetings. The entire inmate community then voted on which one of the final projects they wanted to see implemented. Out of a total of 1278 inmates, 670 (52,4%) took part in submitting and editing the proposals. Turnout was even lower for voting as only 510 (46,6%) inmates took part. Yet in both phases women were more active than in men.

Aside from the prison management, the participatory project was also watched by an outside audience which learned about the project on the website and also through the crowdfunding platform. Thanks to that crowdfunding, more money was acquired for the budget to spend on winning projects.

Adjusting PB in this way showed a great potential for enlarging the budget for similar processes and for creating a space that fosters communication and engagement between inmates and citizens. It allowed more people to take part in the project and contributed to a larger scale of implementation of projects that will significantly improve the well-being of a prison community. In addition, it was the first step towards uniting divided communities. It gives people a better understanding of the situation of prisoners and thus facilitates their better integration to society.

In total, 58 proposals were submitted (47 by men, 11 by women). Submitted proposals and final projects highlighted an existing inequality in accessible services between the men’s and women’s wards.

In the survey conducted during the project, 69% of the respondents indicated that they think that this process can favour better integration of inmates upon their release from the prison. At the same time, 81.3% agreed that this project has the potential to “improve the relationships between prisoners and the prison administration.”*

Overall this project based on crowdfunding support of the broader community can serve as a great example of participatory practices in a restricted environment. It helps a demographic group whose needs are often ignored and who usually have trouble reintegrating into society. Such a process has a great potential to improve communication between inmates and prison management. In addition, it helps us to see prisoners as regular citizens whose needs are, unfortunately, often overlooked.

Did this project inspire you? Are you thinking about something that is similarly ambitious and would like some help? Contact us with at info@participationfactory.com.

Posted on July 28, 2022
by Participation Factory 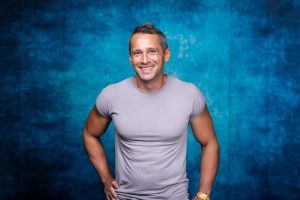 This year, for the first time ever, a conference on Prague’s innovation vision for 2030 was held on the top floors of the Máj shopping center. Discussants often focused on cooperation between the business sector and educational institutions. Participants called for the city to find someone for the role of a so-called networker that can

Posted on December 13, 2022
by Participation Factory 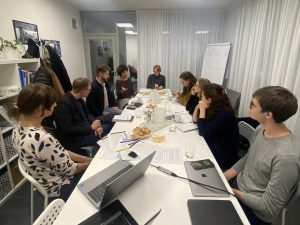 The Visegrad Cooperation on School Participatory Budgets has had its kick off meeting.  Recently, due to the coronavirus pandemic, the interaction of young people with each other has significantly decreased, and the motivation of students to get involved in decision-making processes decreased even more. At the Participation Factory, we decided to lead a project together