Posted on August 9, 2022
by Participation Factory 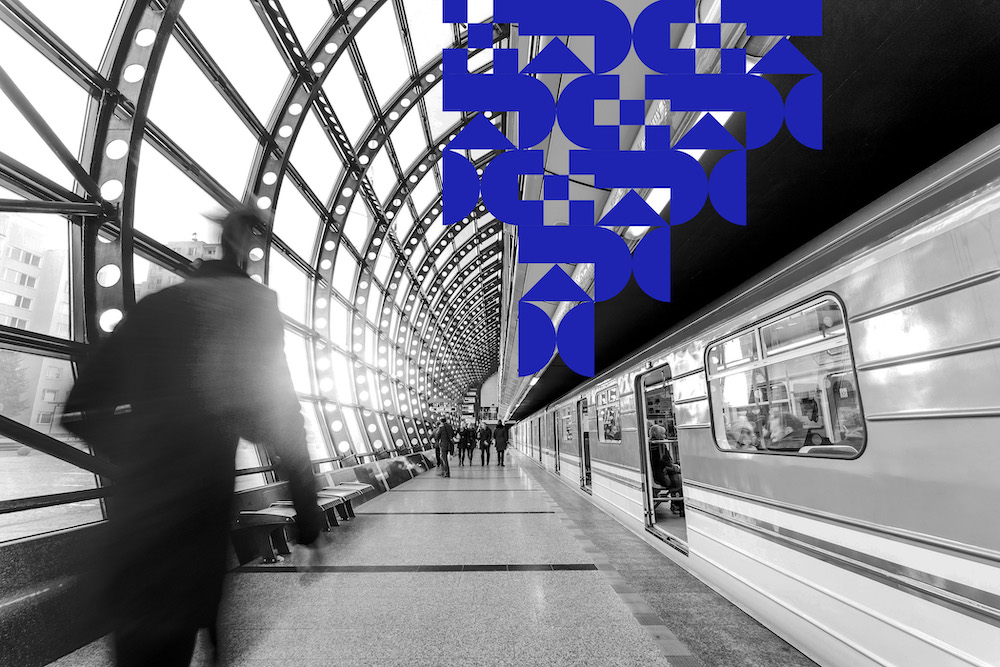 The Prague Innovation Institute (PII) is a unique innovation center in the Czech Republic focused on the development of education. It cooperates with schools and helps to develop joint education through innovations that support the development of urban infrastructure and improve the environment of the metropolis.

We reached out to the Director of the Institute, Bob Kartous, to answer a few questions about the work and activities of PII. You can find the first part of the interview here.

Now we bring you the second part of the interview, where Bob Kartous shares how PII works with schools, where he seeks inspiration and how  to support people’s positive attitude towards innovation.

So far, we are in the phase of looking for projects at universities, with which we could apply for grants at the local and international levels. We got approved on a European Commission call for the European Digital Innovation Hub. So, we are the application guarantor for Prague as part of a consortium led by CTU. Among others, there is Škoda Mladá Boleslav, ICT Operator for Prague, Prague AI, and others. But we definitely want to go the cultural and creative way as well. Prague has set up an organization for this, which is smaller than we are, but it covers that area. It’s called Creative Prague. In the future, however, I can definitely imagine that something will be done with schools focused on the arts, social sciences, or humanities.

During the pandemic, there was a relatively high demand for solutions to recognize disinformation, so we have localized the game Go Viral! developed at Cambridge University on behalf of the British government. It’s a so-called serious game. A player is in the role of a disinformer and in the process they are becoming more and more motivated for greater manipulation. During the process, the game explains what drives these people to act in this way. This was a contribution we made to an area that is related to the social sciences, but it was a by-product, for which we received support from the city hall. But we always need to find a framework for that kind of thing.

Who should be the one that motivates and supports students in doing such projects?

The most effective one is a school principal. They should look for ways to support students. The problem with delegating this kind of responsibility to teachers is mostly that teachers are not skilled enough to foster entrepreneurship in their students.

I believe that if a principal wants to promote something, they should look for extra-curricular resources that are outside the school. We at the Business and Innovation Center want to start a project called Tiimiakatemia, which is a Finnish word for team academy. It’s a one-year course where participants become part of a team and the team immediately starts an organization. Then that team looks for the purpose of the organization. The result of the year-long course is always a functioning organization. This is the experience of the spouses Švecs, who brought this method from Finland and have been implementing it at the Czech University of Agriculture for several years. We want to transfer it to the Business and Innovation Center, so students from secondary schools and other universities in Prague can participate. We consider this to be better than bringing it directly to schools. The content of school education is filled with other priorities, and teachers are not fully prepared for it.

Where do you find inspiration? Is there any model of education that successfully regards entrepreneurship and innovation?

Scandinavia is a great inspiration for me personally and for almost every person who perceives the broader context of social development, educational, social, or economic. Countries that are culturally closer to Scandinavian countries such as Estonia and Finland are at the next step compared to the Czech Republic. Inspiration comes from there. It is, of course, because of a certain mentality, but it is not necessarily so different from the mentality of the Czechs. But there are significant cultural differences. For example, there is a principle of greater responsibility for themselves and for the society in which they live. This is because of history, it has some cultural development, and within Scandinavia, it is also because of a not entirely favorable climate. Many of those countries have historically, since the Vikings, looked around very distant lands for something new. This is a complex of characteristics that we, Czechs, lack a little. But, it is possible to see some principles of how independence and entrepreneurship in the broadest sense are encouraged in young people. And we can implement this in education and training.

What is the difference between the approach to education in Scandinavia and in Czechia?

In Danish schools, a teacher asks a question and says, “And if you know, say nothing.” And that’s exactly it. It’s so simple and yet brilliant. They don’t want to know the answer from those who know. They can grade those, but they need the answers of those who don’t know or aren’t sure. This allows them not to have a fear of making a mistake, and the teacher can make it clear to students. I have encountered a “Shit happens” attitude there. Young people are not afraid of making a mistake. If you don’t have that fear, you’re more likely to take on things that might not work out. And that’s exactly the difference. We don’t need all the Czechs to be entrepreneurs, we need about 10% more young people who are not afraid to do their projects. But they need to have the “shit happens” embedded in their consciousness. Failure is a part of our lives, and we can bounce back from them to our next attempts.

Do you think the bureaucracy for starting a business is easier in Scandinavian countries?

I’m sure the bureaucracy works more easily too. But that’s because people in Scandinavia have one goal in mind. When you have a politician, a bureaucrat, an executive, or a non-profit, if they had one goal, they would almost 100% find a solution. But if they’re not pursuing one common goal, it’s understandable that they will fail. And this is a big difference from the Czech reality. Here, we often declare a common goal, but obviously, it is not there. Somewhere in the background, we are pursuing different goals. This is what I call, in my work, the privatization of opportunities, partly the privatization of public space – when those who should be mainly responsible for the public interest are pursuing their own goals somewhere in the background. There is a remnant of a totalitarian mentality here. This is what we are constantly encountering here.

The “Innovation Vision of Prague 2030” conference featured panelists, who already have a positive attitude towards innovation, whether they are progressive high school students, representatives of Škoda DigiLab, or the founder of an architectural studio dealing with the circular economy. But how to make such an approach as widespread as possible?

I don’t think it is about expansion at the moment. There is quite a lot going on. It is more about finding synergistic spots where we can all come together and define a common goal. We also need to overcome the internal barriers of privatization of opportunities and privatization of public interest. This also can be done more or less.

It depends significantly on the extent politicians adopt this approach. We are here as someone who is prepared to do our best, but we have to be assigned and tasked by the officials. Of course, we try to look for opportunities, and we have established a relationship without having such an assignment. We went to the universities ourselves so we could include them into what’s going on in Prague. The program called Do It!, which we set up and which helped 250 small and medium-sized businesses. They received mentoring and consultation. It was with the support of Prague, but we didn’t get any such assignments. These are all activities that we can do, but only to a certain extent. We are a medium-sized organization and we are very limited in terms of growth. The budget limits us. Once we have an assignment from the city hall, we can do much more. There is a talk about creating a grant scheme for next year. Prague would put up a certain amount of funds, and the Prague Innovation Institute could distribute these funds based on the evaluation of projects according to certain criteria and done by independent evaluators. We would do it according to a similar scheme as we did for the conference. We would select where Prague strategically has a plan for its own development. Then the strategy on paper would finally make sense and there will be the actual activities in real life.

Posted on November 15, 2022
by Participation Factory 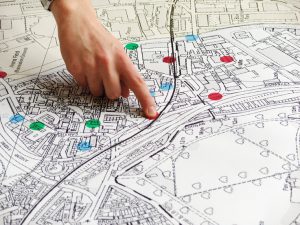 Where are you feeling good? Where do you feel unsafe? Or where does it smell? Asking citizens about their perception of specific areas can make the city’s planning processes better and more inclusive. Emotional maps allow citizens to record their emotional preferences regarding the places in which they live. The use of emotional maps in

Posted on June 28, 2022
by Participation Factory 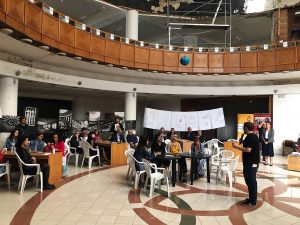 Project cards ready. Tables set up. Sound checked. Standing under the beautiful dome from the 1920s, it was impossible to admit that something would go wrong. It just can’t be!  First workshop on the future of Breda, the former department store and neglected landmark in the Moravian-Silesian Region, started very early. Representatives of local businesses