Posted on September 8, 2022
by Participation Factory 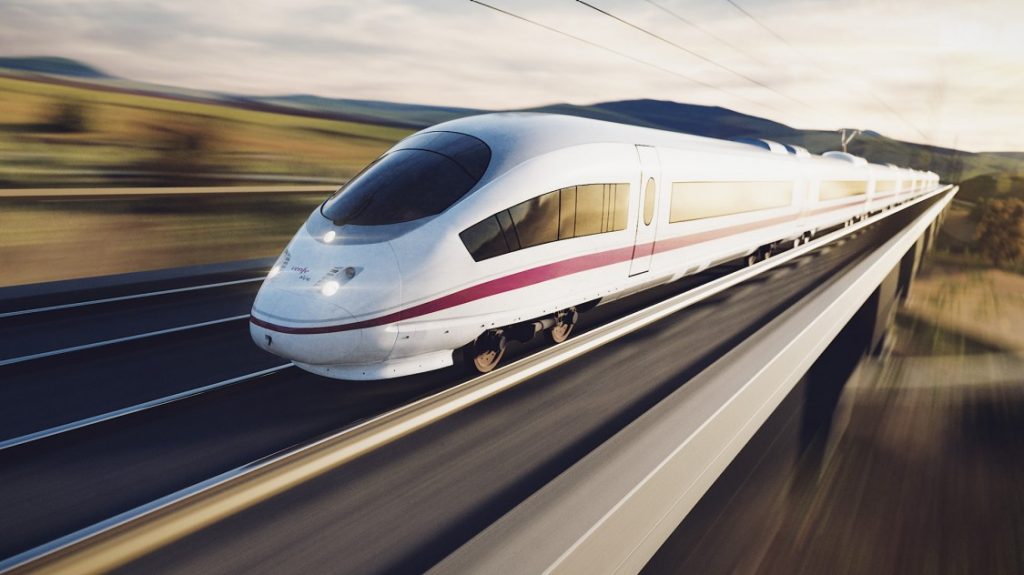 Transportation planning is one of the agendas of public administration that deals with the functioning of transportation at the local, regional, national, and transnational levels. For the first time ever in the Czech Republic, a participatory component will be a part of a new high speed rail planning process. This process, which is already quite common in Western countries, is now taking on a clearer shape.

Planning new or expanding existing transport networks is primarily intended to make it easier and faster for us to get from point A to point B. Since we live in a world where time is our most valuable commodity. So, efforts to reduce the time spent traveling are ubiquitous in transportation planning. Not only will our time be shortened when traveling from Prague to Brno, but above all there will be a faster flow of goods, services, and therefore money.

The possibility to travel across the country by car or train is generally perceived as a positive thing in terms of comfort and, as already mentioned, saving time. However, not everyone is aware of the negative impacts of the construction of linear transport structures not only on the environment, but also on the lives of the residents living in their vicinity. Noise, increased dustiness, and destruction of natural green corridors are just a handful of negative externalities associated with the construction and use of such transport structures.

In the Czech Republic, the Association of Municipalities and Organizations Koridor D8 advocates against the pollution of the landscape, specifically along the D8 highway. The beginning of its activity dates back to 2018, when the fight against the construction of the allegedly largest warehouse in Europe began. It is now focused not only on logistics halls or the consequences of the inappropriately handled D8 highway, but also on the future construction of the high-speed rail Podřipsko, which is intended to cut through Central Bohemia and Ústí Regions in order to connect Prague with Dresden.

Generally, there are mixed feelings regarding the new high-speed rail. Koridor D8 brings together municipalities that are to be significantly affected by the planned construction and some of them do not agree with the construction at all. Membership in the association is thus essential for these municipalities, as it automatically increases their negotiating power against the state and other competent authorities. At the same time, these municipalities can partly use the unified communication strategy of Koridor D8 and thus engage more citizens through their efforts.

However, such efforts to involve citizens in the transport planning agenda should not end with one-way communication. An appropriately set up participation model can not only increase citizens’ trust in the local authority, but can also lead to real results at higher levels of decision-making. Failure to involve citizens can, on the other hand, mean future conflicts and higher levels of mistrust.

Thanks to the experience with complex participatory processes, Participation Factory was approached to design and support a participatory project that is unprecedented for the context of the Czech Republic. However, before it is even possible to launch the participation, it is necessary to strengthen the communication of municipalities with their citizens and gradually introduce new communication habits.

The research showed that a significant part of the member municipalities have difficulties in communicating with their citizens, not only in terms of the content, but also the tools they choose to employ. Thus we are embarking on a new path of better-configured communication, which is a basic starting point for more effective citizen engagement.

As a company, we focus on supporting internal teams by sharing our know-how and helping to develop skill sets to successfully manage, design, implement, and evaluate participatory projects. We design training courses for municipalities based on academic knowledge and experience from our practice. These trainings will not only help them to increase the effectiveness of communication, but will be instrumental in supporting all their future projects.

Posted on July 5, 2022
by Participation Factory 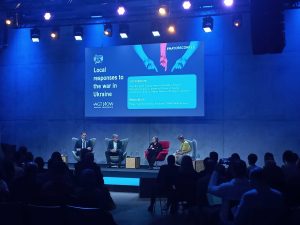 Over 100 mayors, politicans, participation practitioners, and young change makers from Europe and MENA region got together in Stuttgart on May 8th – 10th to discuss how to address global issues on the local level.  Participants focused on the most pressing topics that their communities have been facing: War in Ukraine, Climate Action, Economic Transformation,

Posted on January 30, 2023
by Participation Factory

Good policies and good political decisions cannot be made without listening to those who are directly or indirectly affected by these decisions. The creation of social policies and their subsequent monitoring and evaluation should be a process based on continuous dialogue with all stakeholders.  Participation enables the interaction between governments and relevant stakeholders which is